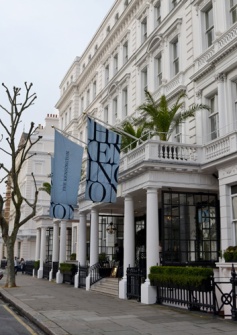 This year’s ceremony took place at the luxurious The Kensington in Queen’s Gate, South Kensington, part of The Doyle Collection, London. Pamela Goodman told us that she cycled past the hotel many times whilst it was refurbished and booked herself in as soon as it was finished to check it out and that she found a real gem, as both the rooms and public areas were designed with much style, care and individuality and that she decided then that she had found the right place to host this year’s award. One tiny little problem the hotel dealt with in a very unusual way: for the event to take place and the regular customers still being able to use the bar, they just built a new door!

Recipient of this year’s award was Martin Brudnizki, the Swedish interior designer extraordinaire, who now divides his time between offices and homes in New York and London, where he has been working with his design company MBDS on some of the most beautiful and talked about hotel and restaurant designs of recent years. The Rosewood hotel in London, restaurant of the moment Sexy Fish, the redesign of The Ivy, The Academicians’ Room at the Royal Academy in Piccadilly – all Martin’s work. His latest finished project is The Beekman, a hotel in New York’s Lower Manhattan, opening in a couple of months and then it is on to the refurbishment of two hotels in The Doyle Collection, London’s Bloomsbury Hotel and The Dupont Circle in Wahington DC.

Pamela Goodman interviewed Martin for Hotels by Design and writes: “What is the secret to his success? First and foremost his modesty, coupled with a strict determination to never let ego get in the way of his designs. He passionately believes that the client is king, that a sense of context is essential and that themes and gimmicks are best avoided”. 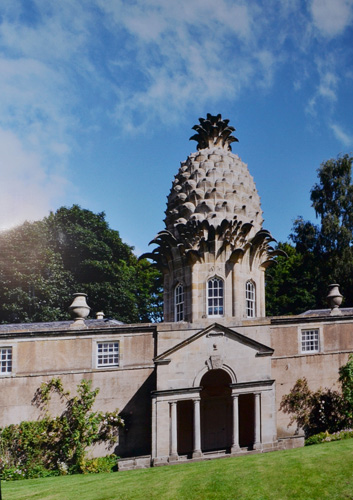 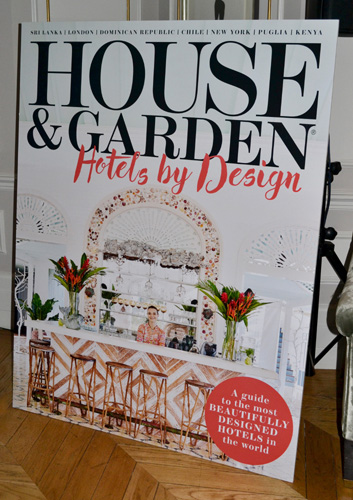 You might ask yourself: why is the award called Pineapple Award? Well, the pineapple has been the symbol of hospitality and luxury for centuries, so befits this award perfectly. Every year the recipient receives something pineapple shaped, something with pineapple motifs or, in this years case, a stay in The Pineapple, an eighteenth-century garden building in central Scotland owned by the Landmark Trust. 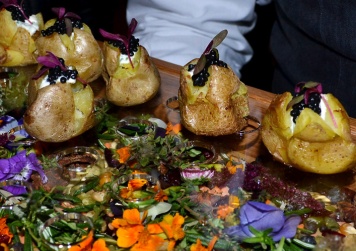 The hospitality a The Kensington was excellent, we were served champagne and Pinkster Gin & Tonics with beautifully presented and very tasty canapés. I especially loved the eel on squid ink tortillas. Delicious. And the white chocolate and coconut truffles were divine. 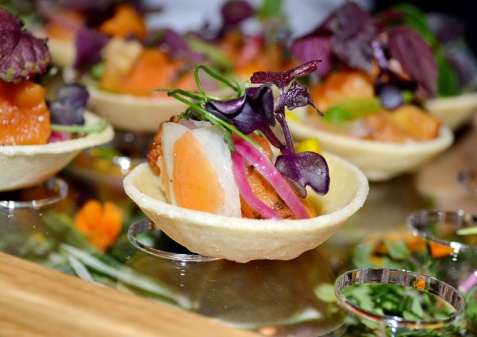 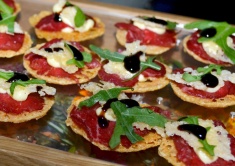 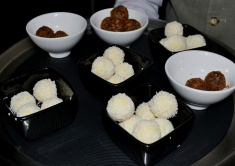 By the way, the Hotels by Design supplement accompanies May’s issue of Hotels & Garden (in shops now) and has caused me major travel envy. It’s an excellent read with lots of pictures to drool over and if I could be anywhere right now, it would be in the pool of the Keemala in Phuket on page 72.