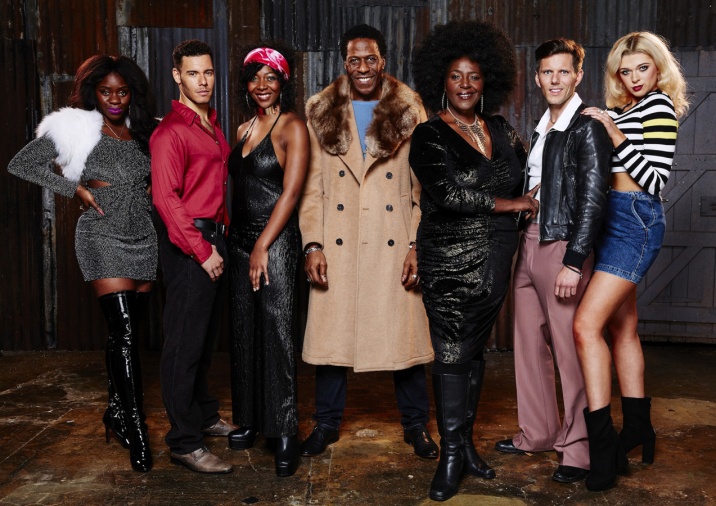 A little while ago we told you that the Broadway musical ‘The Life’ was coming to London for a limited run and last week we got a chance to see it at the Southwark Playhouse.

This musical was born from a brief glimpse life on New York’s 42nd Street in the early 1980’s, when lyricist Ira Gasman, coming back from the theatre district, observed the police making an arrest on a street corner, while a couple were having an argument on the other side of the road. Ira thought “What theatre! Right here in the street.”, and it gave him the idea to write about the seedy underbelly of New York, warts and all, all before the famous clean-up of Time Square, and this musical, with its wonderful score by Cy Coleman, went on to win several awards during its Broadway run. Michael Blakemore, the original director, is again at the helm of this London production. 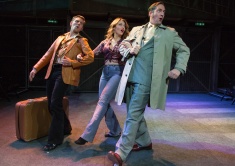 We spent a fantastic evening with the play’s motley crew of drifters and hustlers, gamblers and druggies, pimps and hookers in 1980s New York’s Manhattan. The production is wonderful, especially if you consider the size of the cast and the space restrictions of the stage at the Southwark Playhouse. The score is a mixture of jazz, blues, gospel and funk and the voices are so big, they nearly blow the little stage apart.

The casting is spot on and the performances a joy to watch. It is difficult to single out members of the cast, as they were all terrific, but I have to mention T’Shan Williams as Queen and David Albury as Fleetwood, the couple who have come to New York to make enough bucks to return home to Savannah and live a respectable life. While Queen works the streets to save enough money, Fleet is tortured by nightmares from his time as a soldier in the jungles of Vietnam and he soon succumbs to drugs, owing money to some of the meanest guys in New York and putting their plans to escape back south in jeopardy. Their relationship is an emotional rollercoaster. Will they make it? Will love succeed?

I also need to mention John Addison as Jojo, the hustler who knows which buttons to push to get what he wants and who guides us through the play as the narrator, Joanna Woodward as Mary, the hick from the sticks who turns out to be something else entirely, Jo Servi as Lacy, the cheery barkeeper, who seems to be everybody’s friend and Cornell S. John, who plays Memphis, the evil charismatic pimp, to perfection.

Last but not least, the brilliant Sharon D. Clarke who has the world weary hooker down to pat; the tart with a heart, who has been around the block not just once or twice but hundreds of times and who looks out for Queen. My favourite song of the night was her singing ‘The Oldest Profession’, what a trooper!

Go and see ‘The Life’ while you can – you won’t regret it!