If you missed Mystery Road, which was shown on BBC Four over the last few weeks, here is your chance to win a copy of the DVD, curtsey of Acorn Media International and London-Olios.

Interesting characters played by excellent actors, breath-taking landscapes, a story line that keeps you gripped throughout and the most wonderful cinematography – we both loved Mystery Road.

It has been called ‘Outback Noir’, but Mystery Road is as much a hard-boiled crime drama as a sweeping Western, it has its own pace, its own feel, its own look. And it leaves you wanting more.

Directed by Rachel Perkins (Radiance, Jasper Jones) and produced by Ivan Sen, Mystery Road is set against the stunning backdrop of Australia’s outback and filmed on location of the Kimberley, Western Australia, in and around Wyndham and Kununurra and on Aboriginal lands belonging to the Miriuwung, Gajerrong and Balanggarra and the rugged landscape of vast dry grasslands, deep ravines, sparkling rock pools, bizarre rock formations and massive sandstone bluffs is as much a star of the drama as its stellar cast. 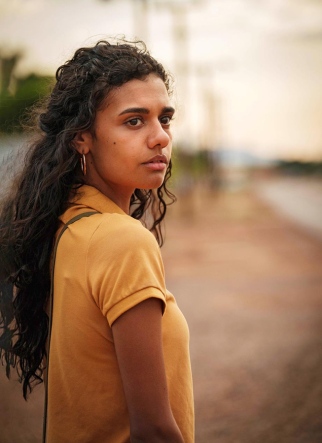 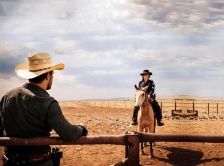 Aaron Pederson reprises his critically acclaimed role, from the 2013 movie of the same title (written and directed by Ivan Sen), as Jay Swan, a tough indigenous detective. He is brought in to investigate the disappearance of two young farmhands from an outback cattle station in a remote town in the Kimberley – the local Aboriginal football hero Marley and a white Australian backpacker named Reese. The tough, no nonsense local cop, who he must partner up with, is Emma James, played brilliantly by multi-award winner Judy Davis. You might have guessed it, Jay Swan is somebody who likes to work on his own terms and he is not exactly the sharing, cooperative type of guy, something that Emma James tries to nip in the bud. And his lone wolf persona is not only apparent in his professional life becomes clear, when his estranged teenage daughter Crystal suddenly shows up, with her mother, Swan’s ex-wife Mary, hot on her heels. 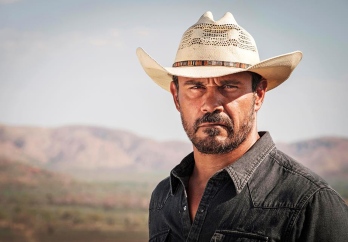 But it is through the combination of James’ thoroughness and Swan’s rogue methods that the two of them uncover not only the two missing men’s secrets and fates, but also facets of the town’s dark history, and with it a mystery that sends shockwaves through the community.

‘A deftly made drama…stellar cast and outstanding cinematography’

Where in Australia was Mystery Road filmed?

You can enter once via each channel (duplicate entries will be deleted) and each time you do, your answer or comment will count as a separate entry, so you can have four chances to win. You can enter until midnight on Wednesday, October 31st, 2018. There is one prize only and the winner will be drawn at random, contacted privately and announced on the London-Olios website. The winner has two weeks to claim their prize; if a prize goes unclaimed, we will have another draw.