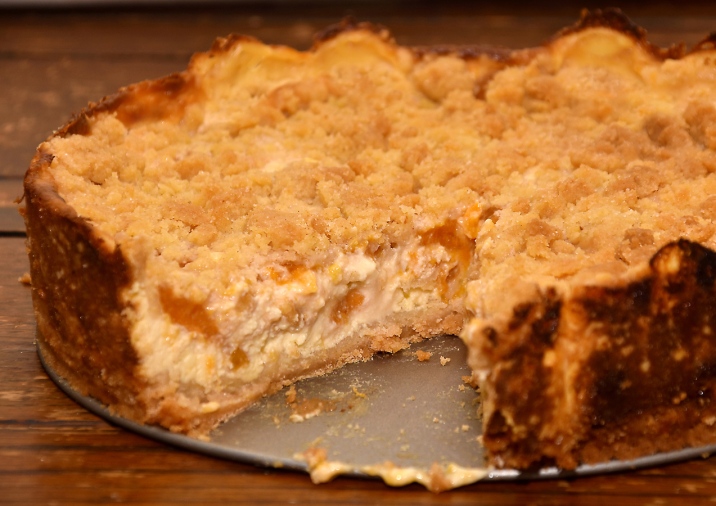 This is a cake for people who like cake, but don’t like it to be sweet. It’s a cake of contrasts: juicy, fruity apricots; a tangy, creamy filling made with vanilla pudding and a mixture of quark, crème fraiche & sour cream and a sweet base and topping of crumbly dough with just a hint of cinnamon.

In Germany it is made with something called Schmand, but you can easily substitute it with a mix of crème fraiche & sour cream, the ratio needs to be 3 parts crème fraiche to 1 part sour cream.

This cake takes a bit more time to prepare and is ideally made the day before you serve it, as the cake needs to set. It also helps for all the flavours to mingle.

First prepare the vanilla pudding. Mix the vanilla pudding powder, the sugar and a few spoonfuls of the cream in a mug until all lumps have disappeared. Heat the cream carefully until it comes up to boil and pour the pudding mixture in. Stir while bringing to the boil and be careful it does not burn. Once it bubbles, take off the heat and pour into a large bowl to cool down. The larger the surface, the quicker it cools. This pudding will be denser than a normal pudding as you use less fluid. 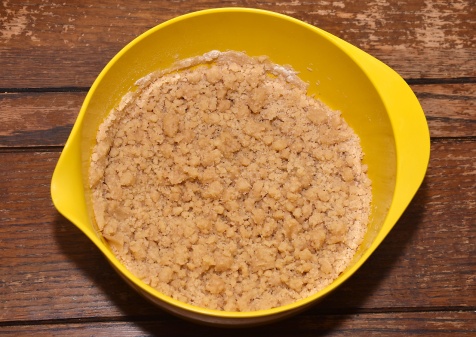 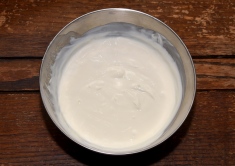 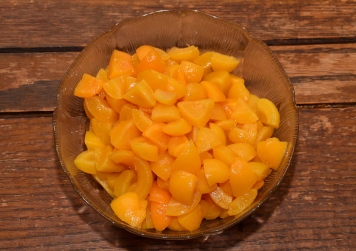 Melt the butter and mix carefully with the flour, sugar and cinnamon until you have a crumbly dough. Put to one side.

Stir the sour cream and crème fraiche into the quark.

Cut the fresh apricots in half and remove the stones.

When the vanilla pudding has cooled down, mix it with the quark. Add the tinned apricot pieces and stir them into the mixture. 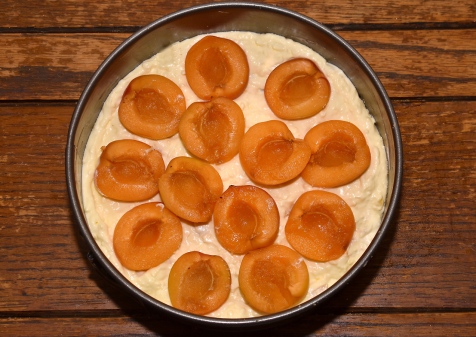 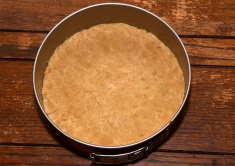 Bake for 1 ¼ hours, then switch off the oven and leave it in for another 15 minutes or so. Don’t panic if it is still bubbling and looks like it hasn’t set. Take it out of the oven and let it cool down completely. Put it in the fridge or leave it in a cool place overnight. 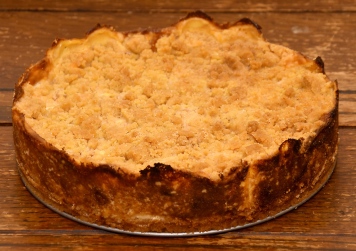 This cake works well with all kinds of fruit and I would suggest trying it with cherries or gooseberries, for example.

There is already quite a bit of cream in the cake, so no need for whipping cream on the side, but it is up to you!