The BBC six-part sitcom Warren is coming to DVD and digital this week and we have a copy to give away courtesy of Acorn Media International. 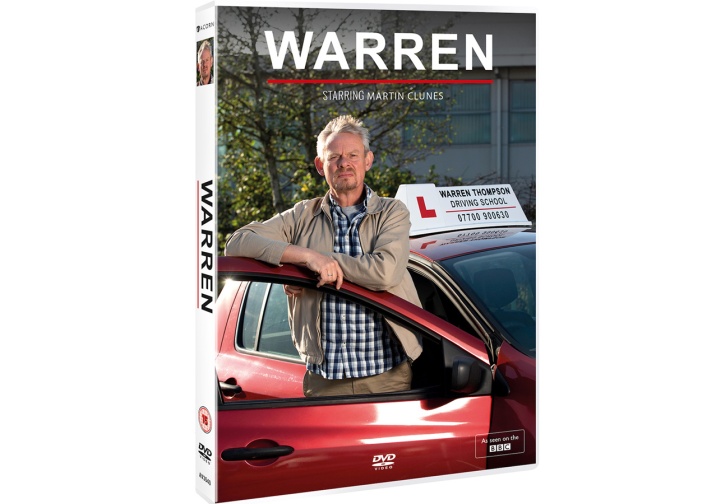 I hope none of you had a driving instructor like Warren Thompson (Martin Clunes – Men Behaving Badly, Doc Martin) – pedantic, impatient, cantankerous, blunt, grumpy with a chip on his shoulder, thinking the whole world is against him.

Warren is, when his partner Anne’s (Lisa Millett – Robin Hood, Peterloo) father needs somebody to care for him, forced to up sticks in the South and move to Preston. He has difficulties dealing not only with his new surroundings, but also with his father in law and his two teenage stepsons, due to a complete lack of empathy and paternal instinct on his side. 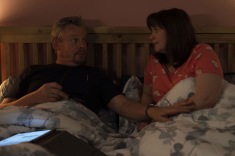 Warren finds himself in one sticky situation after the other, at home and in his job, with his family, his neighbours or his students, when all he wants is a clean house, a neat garden and a nice cup of tea…

This new and uniquely British comedy hero has been created and written by upcoming writing team Jimmy Donny Cosgrove and Paul McKenna (no, not that one). Warren will you have in stitches.

Warren arrives on DVD and digital (to download and keep from iTunes, Amazon Prime Video and Google Play) on 20 May 2019.

Question: What was the name of Martin Clune’s character in Men Behaving Badly?

You can enter once via each channel (duplicate entries will be deleted) and each time you do, your answer or comment will count as a separate entry, so you can have four chances to win. You can enter until midnight on Sunday, June 2nd 2019. There is one prize only and the winner will be drawn at random, contacted privately and announced on the London-Olios website. The winner has two weeks to claim their prize; if a prize goes unclaimed, we will have another draw.

86 thoughts on “Win a copy of Warren on DVD”