On Thursday of last week the team from Buffalo Trace got the keys to the place, Sunday the pop-up bar was up and running and this Saturday it will close again. These guys are quick!

That means you will also have to be quick to catch it, but we can promise you, it is well worth the detour to Shoreditch. It’s not much more than a 10 minute walk from the London Cocktail Week Village in Old Spitalfields Market or you can catch the number 55 bus which takes you almost straight to their door step. Shoreditch High Street station is a mere 5 minutes away.

Walk up to the second floor and you’ll find a lovely rustic bar transporting you across the pond to one of the warehouses of the 200-year old Buffalo Trace distillery on the banks of the Kentucky River. The walls are lined with bourbon barrels, there are comfortable leather sofas to relax in and there even is a buffalo’s head mounted on the wall, but rest assured – it is fake (we checked!). 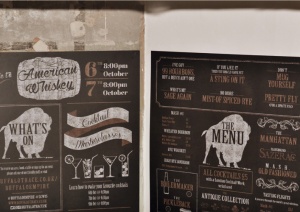 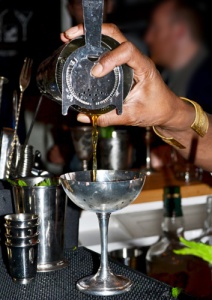 Try one of their wonderful and award-winning whiskeys – straight or on the rocks, or chose one of the cocktails from the menu (they certainly had fun with naming them: I’ve Got 99 Bourbons, But A Beech Ain’t One; What’s My Sage Again?, Pretty Fly (For A Sprite Rye), No More Mist-OF Spiced Rye – you get the idea). All the cocktails we tasted were wonderful (and we take our job seriously and tested a few!) and only £5 with your LCW wristband; or stay for a performance by drinks writers and comedy duo ‘The Thinking Drinkers’ (you do need to book and the last one is tomorrow, sorry!). What about a hands-on cocktail masterclass with one of the master mixologists? They will teach you a few tricks of the trade, you get to drink your creations and it’s only £5 for two cocktails. Can’t say fairer than that! 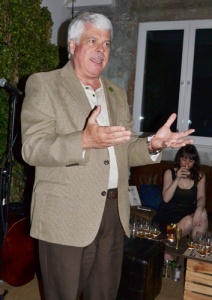 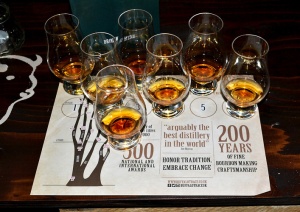 Or book yourself on to one of the Antique Collection Masterclasses with Buffalo Trace Master Blender Drew Mayville. We had the pleasure to try the whiskeys of this year’s release under his guidance and learned about the process of making bourbons and ryes from milling, cooking, fermenting, distilling, aging, selection, filtration to bottling. Among the whiskeys we tasted were the winners of the World Whiskey Awards Best American Whiskey and Best American Bourbon. Drew reckons he has the best job in the world and who can argue with that? Drinking whiskey and travelling all over the world – not a bad gig!

By the way, if you can’t make it down to Shoreditch this week, check this out:

There are cocktail classes, tastings and food pairings happening up and down the country (and that includes Scotland and Wales!) until the beginning of December. 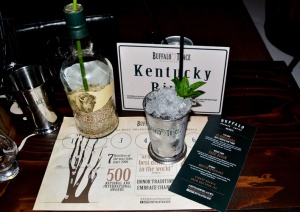 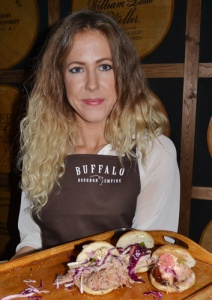 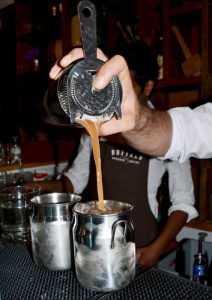 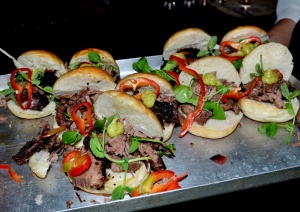 The opening party for the venue on Sunday was great fun – we really enjoyed the whiskey tasting, the cocktails, the amazing Texas barbecue wood smoked pork and brisket burgers from Howard’s Meat Co.(hey Josh!) and the three piece band Angelica’s Route. These guys were great, playing rockabilly, rock, jazz and a hot damn version of ‘Uptown Funk’ – hallelujah! They had people singing along and dancing in no time at all.

The BBE team is great – now go along and see them.

We’ll definitely be back before the end of the week.