A new musical in partnership with the world famous image library Getty Images that explores the seven deadly sins through photography opens in London on July 16th at the St, James Theatre on a limited run until August 27th.

Exposure The Musical – Life Through A Lens is based on a book by Mike Dyer, telling the story of a young photographer, Jimmy Tucker, who is tasked by a stranger with capturing the seven deadly sins, from greed to envy, on camera in London.  In a break-neck race through the night, a series of extraordinary encounters involving girlfriends, family history and the intoxicating cult of celebrity begin to reveal that there’s a whole lot more at stake than just money. 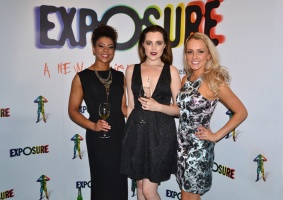 We were recently invited to meet Mike Dyer, the writer, and cast of the production at an event held at Getty Images Gallery in Central London where we also got a taste of some of the songs performed in the musical. The enthusiasm of the writer, for whom this has been a 15-year labour of love, was infectious and the quality of singing by the performers was first class. Their rendition of the song ‘Rainmaker’ gave me goose bumps. We are now really looking forward to see this on stage at the St. James Theatre.

The production features iconic and compelling imagery from Getty Images and Matthew Butson, Vice President, Getty Images Archive says: “Imagery is a universal language and Exposure is a great example of how visuals can be used to tell powerful stories. We are thrilled to partner with Exposure and are extremely excited at the prospect of our imagery being used – both creatively and innovatively – within a theatrical setting.” 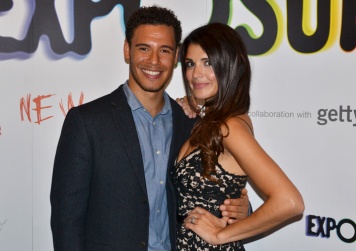 Exposure The Musical – Life Through A Lens will have set and video design by Timothy Bird, costume design by Carla Goodman, lighting design by Ben Cracknell, sound design by Ben Harrison, musical direction by Mark Collins and casting by Anne Vosser. It is produced by Camera Theatre Productions Ltd. 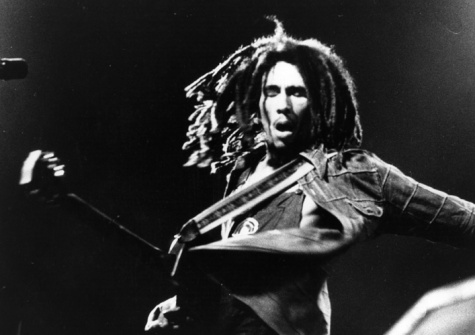 Mike Dyer (Book, Lyrics & Music) has extensive experience in the music industry both as a performer and writer. He has toured the world as a singer with his own bands Tokyo and Rhode Island Red, performing with world class acts including Thin Lizzy, Iron Maiden, Bon Jovi, Red Hot Chilli Peppers and Black Sabbath. As a writer he has worked with star names including Diana Ross, Huey Lewis and Eric Clapton. He played the Narrator in the multi-award winning musical Blood Brothers, with further stage work including Jesus Christ Superstar (Pilate/Caiaphas) and Notre Dame de Paris (Frollo/ Quasimodo). Mike is also known for playing Casey Hogan, in EastEnders.

Phil Willmott (Director/Dramaturg) is a multi-award winning director, artistic director, playwright, composer, librettist, teacher, dramaturg, arts journalist and actor. He has worked in theatres across the world on everything from classical drama, musicals and family shows to cabaret and cutting edge new writing including notable productions at Liverpool Everyman and Playhouse, Sheffield Crucible, The National Theatre Studio, Nottingham Playhouse, in the West End and for ten years as an associate artist at B.A.C as well as being Artistic Director of his own multi award winning theatre company The Steam Industry. He is a recipient of a Peter Brook award for innovation and entertaining theatre and a UK Theatre Award for outstanding musical production, as well as many more awards and nominations.