Bowie fans and music lovers from Britain and beyond will come together in Beckenham, South London on Saturday 13th August 2016, in the park where his rise to stardom took off in 1969. 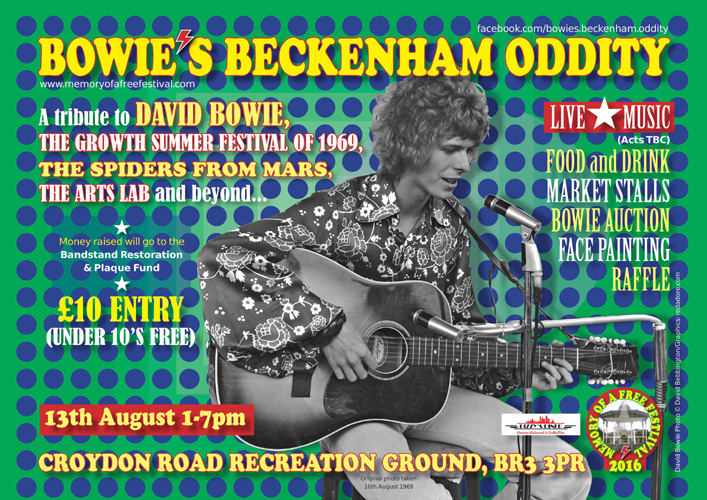 Bowie’s Beckenham Oddity will take place at the bandstand at the Croydon Road Recreation Ground, where Bowie and his friends from the Beckenham Arts Lab organised The UK’s first Free Festival on 16 August, 47 years ago. The festival coincided with the release of David’s first hit single Space Oddity and was immortalised with another hit song, Memory of a Free Festival.

This year’s event kicks off at 1.00 pm (gates open from 12.15) with a stellar line up of musical talent, who will reprise lots of Bowie’s greatest songs including Life on Mars, which he wrote while sitting on the bandstand steps. Featured artists include Maggi Ronson (sister of Bowie’s guitarist Mick Ronson) Phillip Rambow, Boe Huntress, Jona Lewie, Then Jerico, Raf and O & many others. 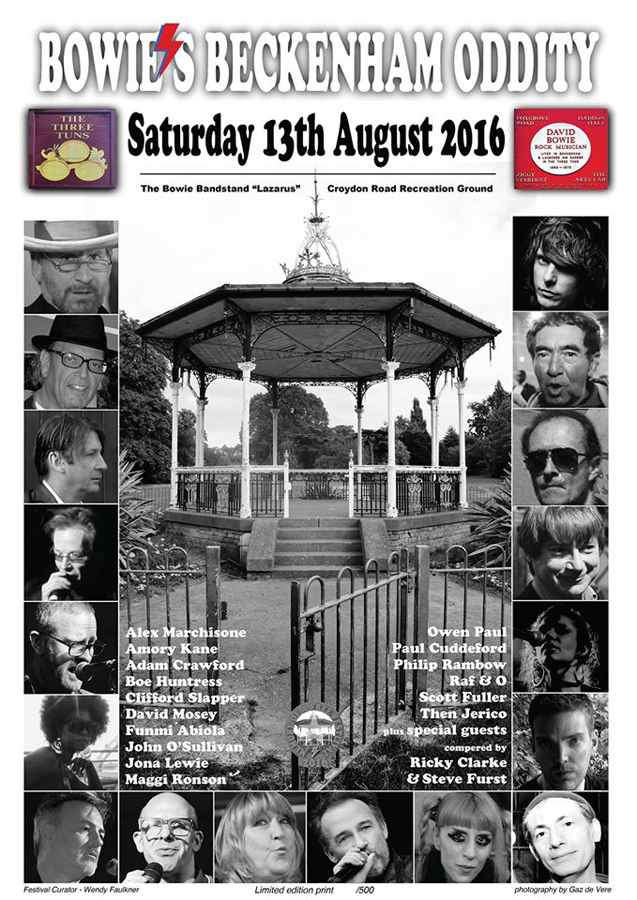 There’s a welcome return from Amory Kane who played at the 1969 Free Festival and also at the 2013 and 2014 Memory of a Free Festival events organised at the bandstand by Beckenham resident Natasha Ryzhova Lau. The Avant Garde duo Raf & O are also welcomed back, following their performances in 2013 and 2014.

David’s co-founder and organiser of The Beckenham Arts Lab, Mary Finnigan, will be signing copies of her recently published book Psychedelic Suburbia.

“After the devastating news of David’s death in January we felt we had to do a tribute for him — and there’s no more fitting place to do this than the bandstand where he played in 1969,” she says. “It’s not just about Bowie, but also all the people who were involved with him along his path to stardom”. 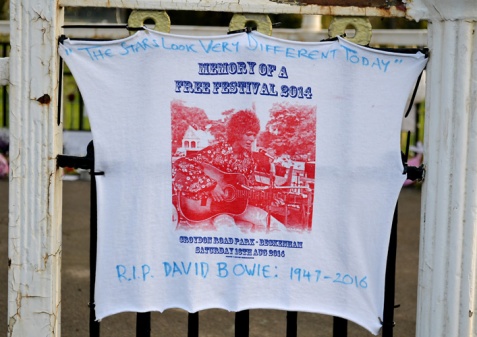 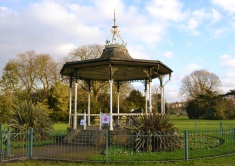 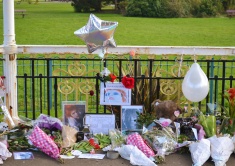 Bowie’s Beckenham Oddity is supported by The London Borough of Bromley, Memory Of A Free Festival, The Landscape Group and The Friends of Croydon Road Recreation Ground. The council has named the bandstand in his honour. When enough money is raised, it will be restored to its former glory.

Other attractions this year include food and drinks by local caterers Dizzy’s Diner, plus market stalls. There will be an auction of Bowie memorabilia before the end of the day at 7.00pm. The Bowie Archives have kindly donated a David Bowie signed item for the auction this year, other signed items donated include Iggy Pop, Tony Visconti, George Underwood, Mary Finnigan etc. The Duffy Archives have donated some prints and artist Mark Wardel has kindly donated a signed Bowie life mask for the event. 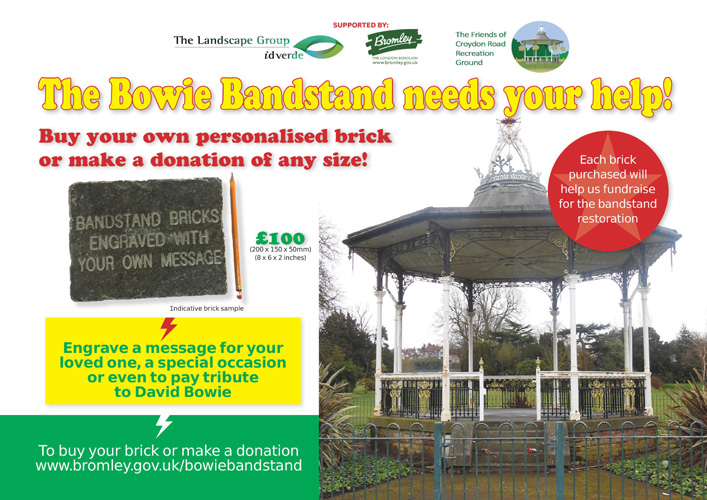 We urge the fans of David Bowie to get behind not only this event but to support the personalised brick sales as well as donating to the Bowie Bandstand Restoration & Plaque Fund (as we wish to honour not only David Bowie but all of the people who took part in the 1969 festival on that very bandstand through a plaque there) Brixton has it’s mural to the Starman, so let’s get the Bowie Bandstand fixed for David Bowie & Beckenham!

In early January it was stated in the local press that efforts were being doubled to help raise money to restore it but then it fell silent, this Saturday is through a fan trying to help get this restoration closer (with the very kind help of a great team of people) to becoming a reality and it needs other fans around the world as well as Beckenham to play their part.

This is for David, The Arts Lab, The 1969 Festival, The Spiders From Mars and beyond!…..

Tickets for the event cost £10 and are available on the day or in advance now from www.WeGotTickets.com