The Basque Country region of Spain has the reputation of being one of the foodie destinations of Europe, but if you can’t afford to travel to San Sebastian or Bilbao, you now have the opportunity to sample authentic Basque cuisine from one of their top chefs himself in London’s Shoreditch.

Already well loved throughout Spain and Latin America, Sagradi serves traditional Basque Country food which Vitoria-born and bred founder and Head Chef Iñaki Viñaspre says is a cuisine which focuses on quality, tradition and simplicity, with recipes and techniques passed down through the generations or as Iñaki is fond of referring toas ‘the cooking of their grandmothers’. No wonder that Iñaki is regarded as Spain’s spokesperson for the cuisine of the Basque region and works with the Basque Tourism Agency to promote this culinary culture. 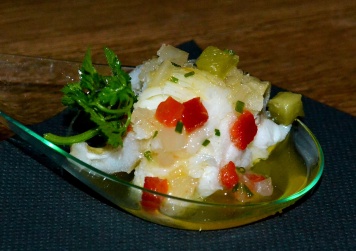 Like all South European cuisines, the Basque Country style of cooking is all about high quality and seasonal ingredients with a special emphasis on fine cuts of beef known as “Txuletón” and whole fish cooked on the grill. To keep it authentic, everything is flown in daily from San Sebastián’s most trusted farm and coastal suppliers, evoking the restaurant’s roots in traditional Basque farms, taverns and cider houses. 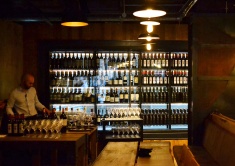 Sagardi’s interior reflects coast and the country, with soft lighting, warm earthy tones and materials such as iron, wood and stone. There is also the trademark of all Sagardi restaurants, the ‘trainera’, a centuries-old traditional Basque fishing boat complete with oars, hanging upside down from the ceiling above the central space. 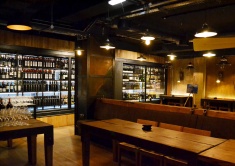 The stunning standalone Sagardi butcher’s shop at the entrance to the restaurant, where the “Txuleton” cut is prepared from formidable sides of this fine beef is another talking point. 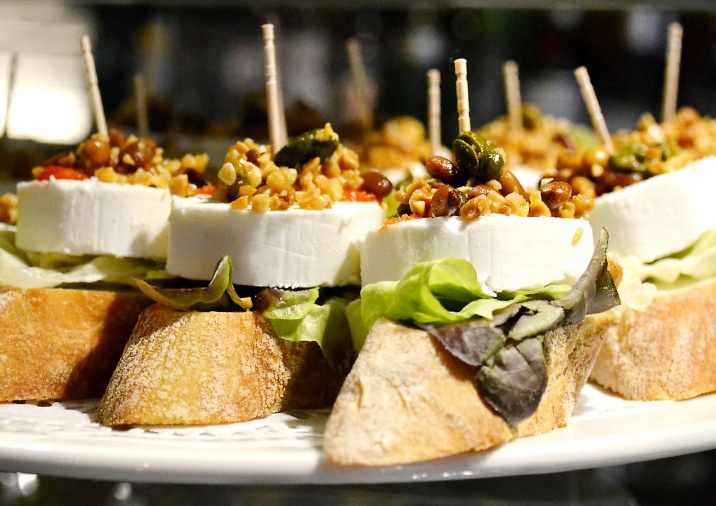 One element of the restaurant is a huge selection of the Basque staple of Donosti-style pintxos –pieces of bread with toppings of meat, poultry, sausage, paté, fish, shellfish, omelette, cheese with garnishes – all held together with a cocktail stick. This delicacy is perfectly accompanied with a chilled glass of Basque Country cider or Basque Txakoli wine, traditionally poured from a height. We were lucky enough to sample both a selection of pintxos and the cider at the official opening party last week and it could just become one of our favourite things. They are delicious. 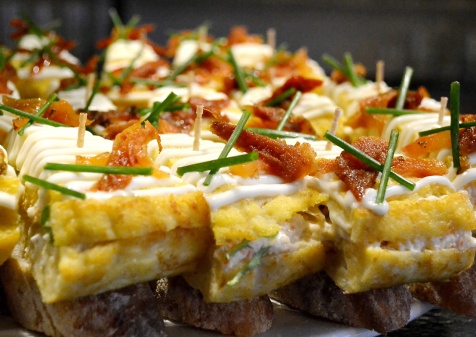 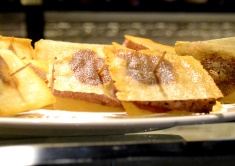 Iñaki is credited with bringing this Basque tradition to the rest of Spain when he first introduced Pintxos in his Barcelona restaurant back in 1996. Sagardi’s seasonally evolving selection includes around 80 varieties, to be eaten at the bar at any time of day. They are also available to takeout.

The restaurant at Sagardi is dominated by a striking central char-coal grill, especially designed by Iñaki, where he and his brother Mikel can be seen salting and flaming prime cuts of “Txuletón” from herds that are a minimum of six years old. The beef then undergoes a dedicated maturation process for a period between 3 and 10 weeks to develop the very best textures and flavours. There are two varieties to choose from: “Vaca” (ex dairy cows) and “Buey” (Galician ox). We were treated to samples of the steak and it was just perfect. 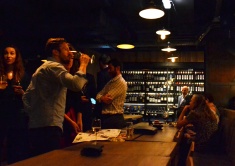 Fisher lover will also be in their element at Sagardi with dishes from the grill featuring Almadraba red tuna from Barbate with ratatouille, salted cod and San Sebastián style wild fresh fish from the market. Non grilled fish dishes include baby squid in ink sauce and Cider house style salted cod. 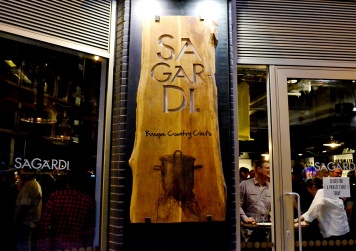 For dessert there’s peach in txakoli syrup with lemon verbena ice cream, chocolate mousse and walnuts, apple pie in Sagardoz liqueur and blueberry cheesecake, or if you feel like something savoury, a selection of handmade Basque cheeses.

The name ‘Sagardi’ comes from the term for the smell of apples when made into cider and Basque cider is known as ‘Sagardoa’, an essential on the restaurant’s drinks menu. There are regional beers and a large selection of local and world wines and cavas, champagne and dessert wines as well as Spanish sherries, and a special selection from the secret cellar.