Given their fame around the world, it is hard to believe, that there are still photos of The Beatles out there that have not been seen by the public, but there are. We attended the opening night of ‘The Beatles Unseen: Photographs by David Magnus’ at Proud Gallery Chelsea this week to see a selection of the work of photographer David Magnus, who was witness to some of the band’s greatest moments and able to capture many special and unique moments in the life of the Fab Four. 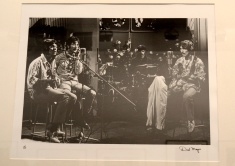 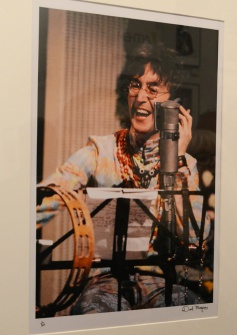 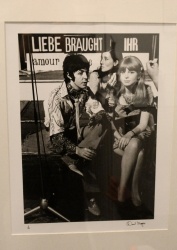 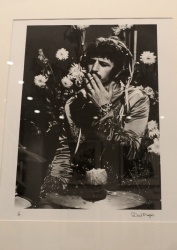 Magnus first encountered the band in 1963, when, at the age of 19, he was invited to photograph a relatively unknown band at the time, The Beatles, during a concert at Stowe School and this subsequently gave him unprecedented access to document their rise to fame. 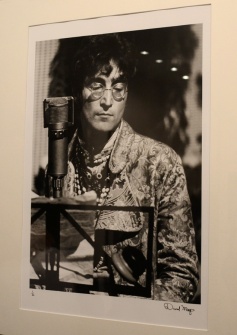 This exhibition features many previously unseen photographs and is a fascinating and candid insight into The Beatles at the world famous EMI Studio 1 in Abbey Road, during the performance and recording of their song ‘All you need is Love’ for a live broadcast for the BBC’s ‘Our World’ on the weekend of 24th and 25th June 1967. This was a historic occasion, even then, it being the first live, international satellite television production, reaching over 400 million people worldwide. There are photos taken during the recording, but also rare behind the scene moments like The Beatles queuing up for a cup of tea or George Martin in the recording booth.

Magnus remembers, ‘As I came from the EMI canteen, one of the female studio staff stopped me, put a hand on my shoulder and said to me, “I must touch you as you’ve been in the same room as The Beatles.” It was as if I carried an aura from the Beatles. This to me sums up Beatlemania.’ 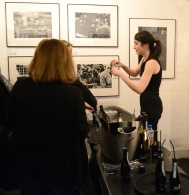 This collection is a captivating archive of an event that was not only a first for The Beatles but a first for the era of television, which ignited a social revolution and created the universal anthem of its era.