So, last Thursday I had a Ginger Beard and then I had The Cure and all in all it was not an unpleasant experience – far from it! (Not that there is anything wrong with ginger beards, they are just not that attractive on females in their fifties). The Ginger Beard and The Cure in question were two cocktails created by the guys from TT Liquor (we love this place – please read about it here) to celebrate the launch Umbrella Brewing’s cloudy, fiery alcoholic Ginger Beer. 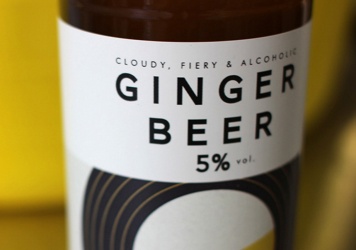 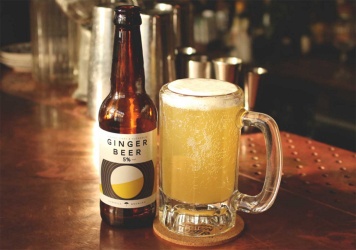 And what a launch party it was! 80’s retro food from Anndy & Thoko (yes, there was pineapple & cheese on a stick) and some of the best music we have heard at any event in recent times with DJ sets from Rennie (The View) and John Robinson (Umbrella Radio) as well as a storming live performance by Tempesst, the band around Aussie born, London based twins Toma and AndyBanjanin and, of course, lashings of Ginger Beer (sorry, can’t help myself). 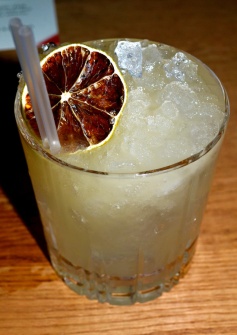 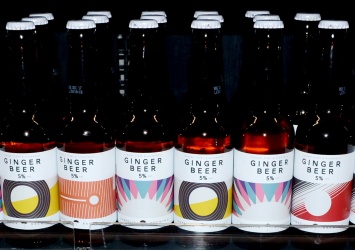 And if the Ginger Beer wasn’t already good enough straight from the bottle (serve it chilled and don’t forget to turn the bottle over and giving it a little shake before opening it to ‘wake up the ginger’), it also makes an excellent mixer for cocktails, like the ‘Ginger Beard’, made with Dewar’s 12 year old, peated whisky, apricot and lime and ‘The Cure’ with gin, genever, kaffir lime cordial and quinine. I am sure there will be many more cocktail concoctions using this ginger beer up and down the country soon.

So what is the story behind Umbrella Brewing Ginger Beer? 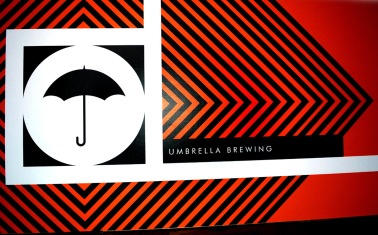 Umbrella Brewing, a collaboration between The Umbrella Project (Alistair Tatton, Andy Kerr and Stephen Thompson), the trio behind acclaimed East End bars Discount Suit Company and The Sun Tavern, and cocktail-expert / Master Brewer Matthew Armitage, opened their new brewery in a formerly fire-damaged Victorian industrial building in Holloway, North London and set about creating something special and different – an alcoholic ginger beer. It was truly a labour of love for those guys, from self-funding and restoring the brewery to getting the artwork for the labels just right. The current branding is inspired by album sleeves of the ‘60s and ‘70s, a style loved by all of the co-founders – but mostly inspired by Steve’s fascination with The Rolling Stones.

“Our mission was to create the best alcoholic ginger beer on the market,” they explain. “Matt comes from Yorkshire – the birthplace of ginger beer – and his father loved the stuff and gave it to him at every available opportunity.”

“Other alcoholic ginger beers haven’t quite ticked our boxes, so Umbrella Brewing Ginger Beer is how we think a ginger beer should be: super fiery and not too sweet, and the alcohol – well that’s a bonus.”

“We wanted to create a drink that was very natural, so our Ginger Beer contains only a few ingredients: fresh pressed ginger; hand squeezed lemon, cane sugar, malted barley, yeast and water.  Natural ingredients create natural sediment in every bottle. We remove all the yeast using an incredibly fine filter, so the sediment in our bottle is entirely made up of pressed ginger root.  That’s why we ask you to turn the bottle over before serving – to “wake up the ginger”.” 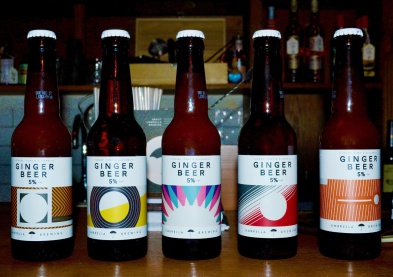 Umbrella Brewing Ginger Beer can be ordered directly from their website, but there is an ever growing list of stockiest which you can also find on the website.