10cc at the London Palladium 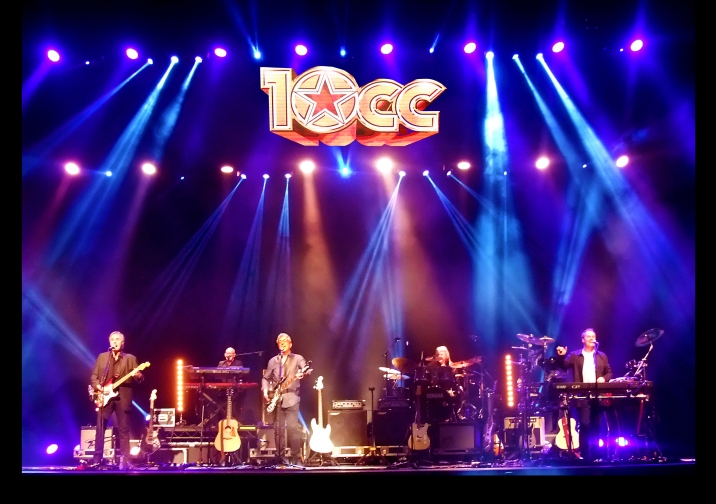 On April 13th, we went to see 10cc at the Palladium in London for the final night of their ‘Greatest Hits & More Tour’ and although I was looking forward to see a live concert by one of my favourite bands, I was also a bit dubious, as always when I go to a concert of a band and there is only one of the original members still playing in it. Of course it helps if that member is a singer, but still – you wonder if the band is more of a tribute act than an actual band. I was pondering that thought whilst waiting for the guys to come on, looking at an impressive array of guitars (I think I counted 11) waiting to be played for the next 1 ¾ hours.

Well, in the case of 10cc I needn’t have worried, because even though the only original member in the current line-up is singer, song writer, bassist and guitarist Graham Gouldman, there are two further musicians who have been playing with 10cc almost from the word go, Paul Burgess, the drummer, since 1973; and lead guitarist Rick Fenn who joined in 1976. Keith Hayman was on keyboards and occasionally switched to guitar and bass. ‘What about the singing?’ I hear you ask, ‘Graham was only one singer of an incredibly talented bunch that was famous for its harmonies as well as its range from bass to falsetto.’ Again, not a problem; in Mick Wilson they have somebody on board who is bursting with talent and capable to sing all the hits whilst playing guitar, keyboards and various other instruments, including the cow bells! Mick’s vocals, together with those of Graham, Rick and Keith, left no doubt that we were listening to 10cc and their unmistakable tunes and witty lyrics.

They had the audience in their grip as soon as they launched into the iconic ‘The Wall Street Shuffle’, followed by ‘Art for Art’s Sake’, ‘Life is a Minestrone’ and two of my, and apparently their, favourites ‘The Dean and I’ and ‘Good Morning Judge’. Everybody was tapping, clapping and singing along, including Graham’s mum, who was in the audience, and the unmistakable Andy Stewart of The Sweet who was watching the show from a private box. 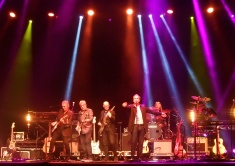 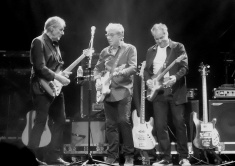 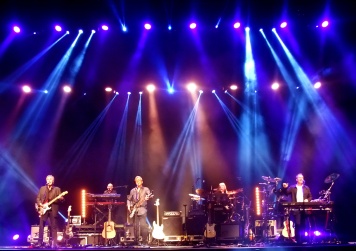 Next came the, in my opinion, rather odd choice ‘Clockwork Creep’, the poignant ‘Old Wild Men’ and an extended version of ‘Feel the Benefit’, with a lengthy guitar solo by Rick Fenn. ‘The Things We Do For Love’ and ‘Silly Love’ got the crowd singing again. ‘Somewhere in Hollywood’ was special, with Kevin Godley appearing in a black and white video singing vocals. ‘Baron Samedi’ was followed by ‘I’m Mandy Fly Me’ and the ethereal ‘I’m Not in Love’ with its extraordinary light show. The set finished with the eternal crowd pleaser ‘Dreadlock Holiday’ with had most of audience on its feet, even though the palladium is an all-seater venue.

For the encore they managed to pull something special out of the hat, the beautiful ‘Ready to Go Home’, 10cc’s last single, an excellent a capella version of ‘Donna’, their first ever single, and, finally, one of their biggest hits ‘Rubber Bullets’, which we didn’t want to end. 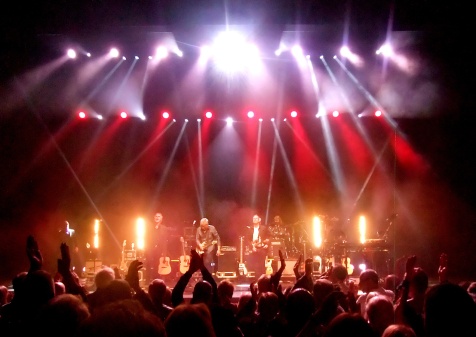 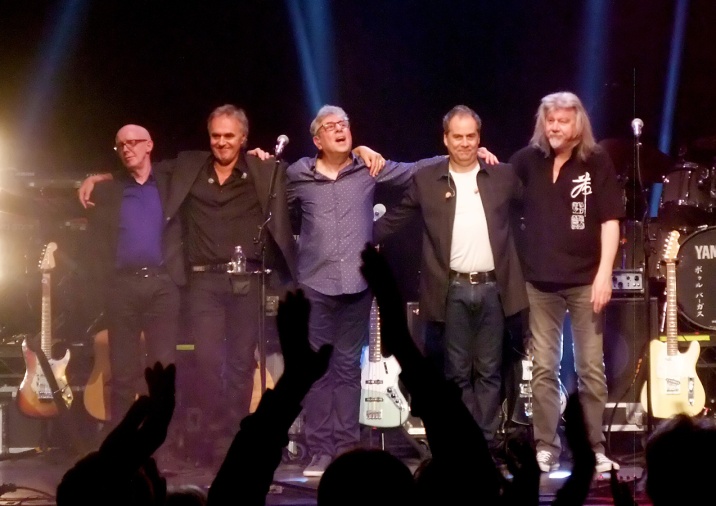 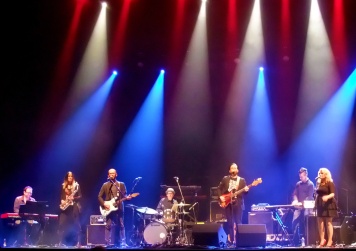 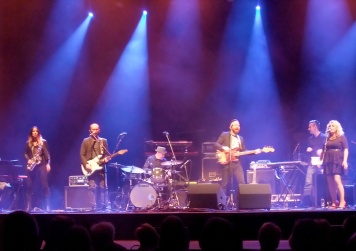 A special mention to 10cc’s support act Iain Hornal, or just Hornal, as he calls himself now, who played a great set with his band. Iain sometimes takes over on vocals for Mick Wilson for 10cc and tours with Jeff Lynne’s ELO, but he is a very talented songwriter in his own right and we enjoyed his songs very much.