‘Seductive, hilarious and deviously disturbing… a joy-ride from start to end’

If you like your horror with a big pinch of humour or your comedy with a large dollop of gore, this is the film for you. And we have a copy to give away to our readers.

After its fantastic reception on its Fright Fest premiere, the hilarious comedy-horror Double Date – written by and starring Screen International/FrightFest Genre Rising Star 2017 award winner Danny Morgan – is out now on digital, DVD and Blu-ray from Sparky Pictures.

Alex (Michael Socha – This is England, Chernobyl), self-assured and irritatingly cocky, is a loyal pal to his closest friend, Jim (Danny Morgan – On the Road). As Jim is preparing himself for the big 3-0, Alex promises to help get his best friend laid before then, so Jim won’t reach this unwelcome milestone as a virgin. 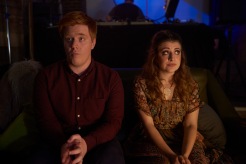 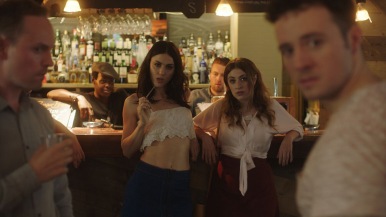 They arrange a double date with sisters Kitty (Kelly Wenham – Dracula: The Dark Prince) and Lulu (Georgia Groome – Angus, Thongs and Perfect Snogging), but little do the guys know, that their partners have other plans for the night ahead…

With appearances from the inimitable Big Narstie (The Big Narstie Show) and Dexter Fletcher (Eddie The Eagle, Rocketman), Double Date is fun, ferocious, and full of surprises.

Also out on digital platforms

What are the names of the two sisters Alex and Jim go on a double date with?

You can enter once via each channel (duplicate entries will be deleted) and each time you do, your answer or comment will count as a separate entry, so you can have four chances to win. You can enter until midnight on Sunday, September 29th 2019. There is one prize only and the winner will be drawn at random, contacted privately and announced on the London-Olios website. The winner has two weeks to claim their prize; if a prize goes unclaimed, we will have another draw.