See it at the BFI London Film Festival this week: 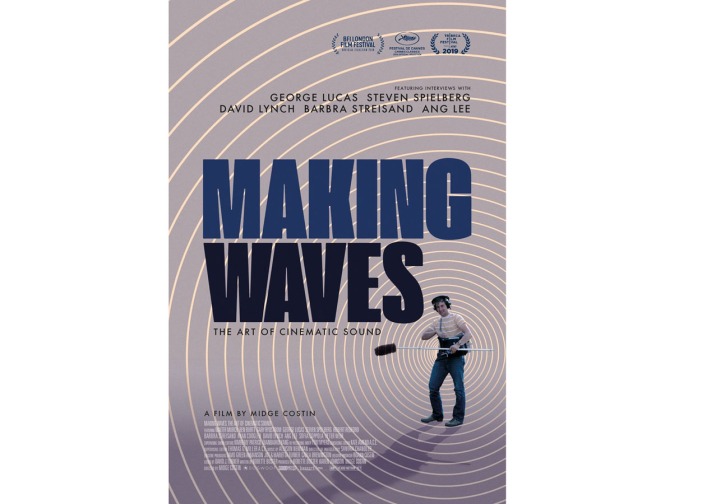 ‘Fascinating and informative, it’s a must-watch’

‘A fun film to watch’

Taking you from the beginning of sound in movies right up to the 21st century, Midge Costin looks in detail at all elements of sound, not just film scores but all the others that contribute to the enjoyment that is cinema. From the ambient sound on a street to a special noise created for a movie, like the light sabres in Star Wars to sound editors using silence to bring a point home. There are so many layers to sound in a movie, and this documentary shows you not only how it is done, but also why it is so important. 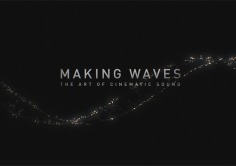 From the first words uttered in pioneering film The Jazz Singer – “Wait a minute, wait a minute I tell yer, you ain’t heard nothin’ yet”– to the early sound years of cinema including All Quiet on the Western Front, King Kong and Singing In The Rain, to groundbreaking blockbusters such as Apocalypse Now, Star Wars, Top Gun and Jurassic Park, sound and sound design are an integral part of films and film history. Sound design makes a film, but, if done properly, most viewers won’t even realise how a film’s narrative and themes are being advanced.

Making Waves: The Art of Cinematic Sound reveals the hidden power of sound in cinema and is set to arrive in UK cinemas courtesy of Dogwoof. Through film clips, interviews and verité footage, the film captures the history, impact and creative process of this often overlooked art form, through the insights and stories of film legends including George Lucas, Steven Spielberg, David Lynch, Barbra Streisand, Ang Lee, Christopher Nolan, Sofia Coppola and Ryan Coogler and their sound design collaborators.

Coppola and Lucas have both declared that “sound is 50 per cent of the movie” with Spielberg saying, “our ears lead our eyes to where the story lives.” In Making Waves, we see and hear from the key players of sound design – including multi-Oscar® winners Walter Murch (Apocalypse Now), Ben Burtt (Star Wars) and Gary Rydstrom (Saving Private Ryan) – who, in pursuing their art and desire to push the medium, are the very people who will go down in the history of cinema for developing sound into the immersive storytelling force it is today.