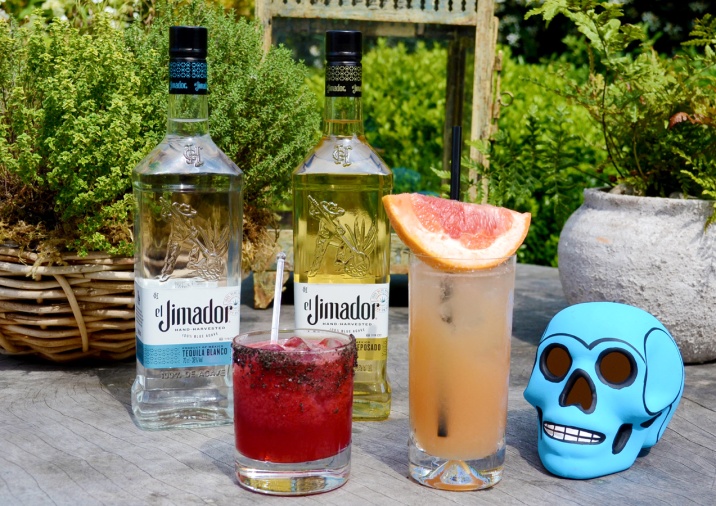 We have been drinking and loving tequila in Margaritas, Palomas and other cocktails for years, we have learned to sip it like a fine whisky rather than slam it with the ubiquitous lick of salt and bite of lime, but where does it actually come from? Yes, Mexico, of course, we know that. But how exactly is a spiky agave plant transformed into this fine spirit?

Last week we had the honour to watch an actual jimador, a master harvester of agave plants, at work, in what was a European first. el Jimador, the No. 1 selling tequila in Mexico, brought their head jimador, José Cortes as well as several Weber blue agave (agave azul) plants, to the UK to show off his skills, first at the Imbibe trade show and later at a special press event. 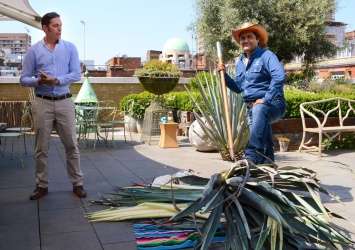 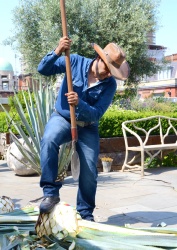 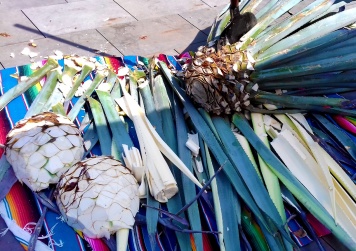 José is a third generation jimador, his grandfather started working at Casa Herradura, where el Jimador tequila is made, in 1925. His son Jesus followed in his footsteps in 1950 and worked there for 50 years. And now José continues the family tradition. A jimador will know when an agave plant is ready and, on average, about 120 of them will be harvested every day at the hacienda. José demonstrated his skills with the traditional tool of his trade, the coa, a razor-sharp round blade on a long stick, first slowly, while all stages of tequila production from the plant to the bottle were expertly explained to us by Stuart Fritz, UK Brand manager at Mangroves Global UK, and then José did it all again in real time. It takes an experienced jimador less then 2 minutes to get to the piña, the heart of the agave, which produces the sweet, caramel-like sap (mosto) that will be fermented and distilled twice to produce the various tequilas – the young, crisp and fresh Blanco, the Reposado, which is aged for 2 months in American oak barrels; and the Añejo, which is barrelled for a year before it reaches the bottle. All the agaves are hand-harvested distilled and estate-bottled at Casa Herradura, which is the last tequila producing hacienda in Amatian, Mexico and as such the main employer in town. 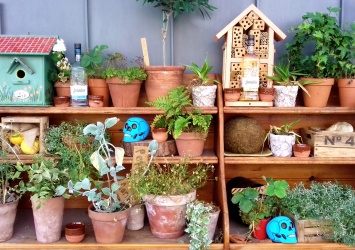 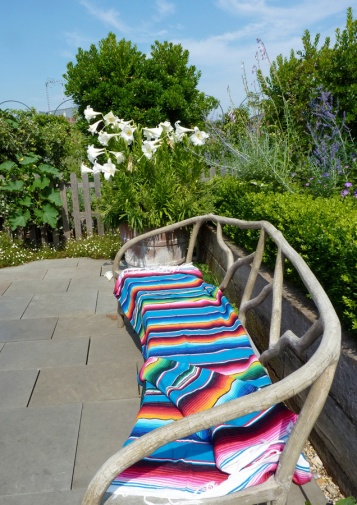 The press event took place on one of London’s prettiest roof terraces on the fourth floor of the Ham Yard Hotel near Piccadilly Circus. The terrace, which is exclusive to Ham Yard Hotel guests apart from special events and afternoon tea in the summer, is a lovely space with shady and sunny spots to sit down, relax with a drink from the bar and enjoy the fountain and the greenery which includes many flowers and shrubs as well as a proper kitchen garden, full of fruit, berries, herbs and vegetables and two bee hives. The weather was gorgeous, one of those perfect London summer days we have been experiencing lately; and we enjoyed refreshing el Jimador Palomas (see recipe below) and delicious Black Margaritas, made with blackberry puree and garnished with black salt. 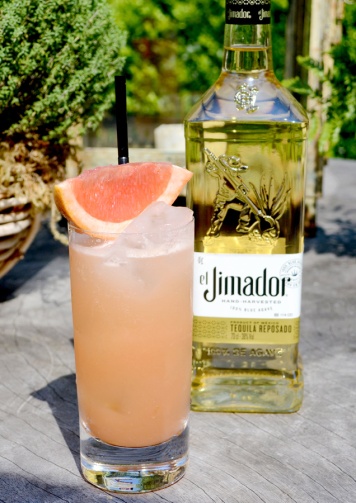 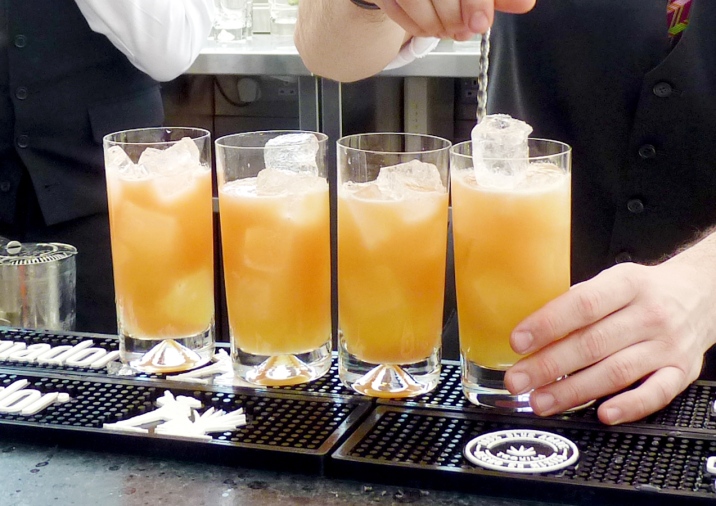 Prepare by filling a tall tumbler with cubed ice to the top.

Add ingredients in order as above.

Garnish with a slice of red grapefruit, or zest.