You have less than two weeks time left to let you take back to the 1980s by this fun and fabulous revival of the remastered musical of the iconic movie, staring Gareth Gates and Maureen Nolan at London’s Peacock Theatre. 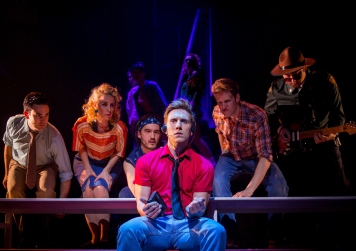 For those of you who need a reminder, Footloose is the story of city boy Ren McCormack, who is forced to move with his mum to rural Bomont, a town whose council, under the leadership of Reverend Shaw Moore, has banned dancing and rock music after a tragic incident a few years earlier. Ren, with the help of the teenagers of the town, including the Reverend’s daughter Ariel, takes it on himself to change that and bring joy back to Bomont by arranging a prom. 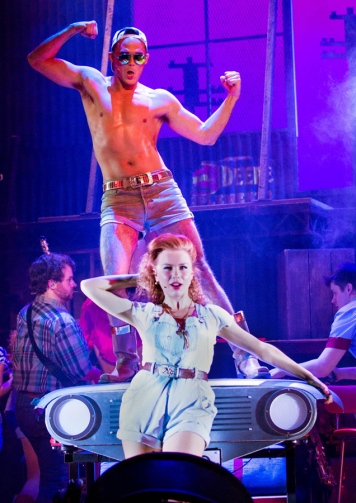 The production by the award-winning team at Selladoor Productions (Avenue Q, American Idiot, Little Shop of Horrors) have gathered a cast of the best in UK musical talent. The actors can sing, act, dance; and, unusually, all music is played by them live on stage as well, from guitars to saxophones, pianos to clarinets. You’ll soon find yourself singing along to rock songs like Holding out for a Hero, Let’s Hear it for the Boy and, of course, the eponymous Footloose,  but the ballads are just as great and beautifully sung. 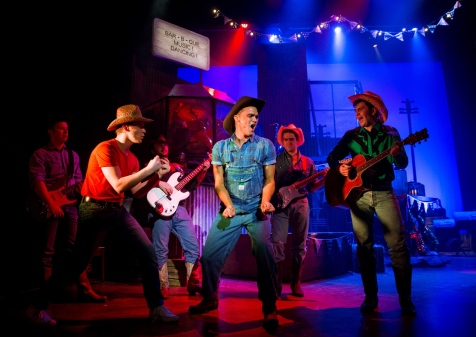 Joshua Dowen, a relative newcomer, plays Ren with confidence, singing and dancing in a sparkling performance. Gareth Gates, one of the two big names on the bill, shows off his comic side in the role of country bumpkin Willard, a shy guy with his heart in the right spot who befriends Ren and stands up to the school bullies for him. Don’t expect him to do much singing, but his Mama Says is one of the highlights of the show and the scene with him learning to dance with the help of Ren is really funny. The other big name on the bill is Maureen Nolan, one of the Nolan Sisters, who takes the role of the reverend’s wife Vi, who loves both her husband and her daughter, often ending up in the middle of their fights. I loved her solo number Can You Find It In Your Heart? and also Learning To Be Silent, sung by the trio of Vi, Ethel and Ariel. Ariel, the reverend’s daughter and Ren’s love interest, is played by Hannah Price who is also giving a great performance as the rebellious teenager. 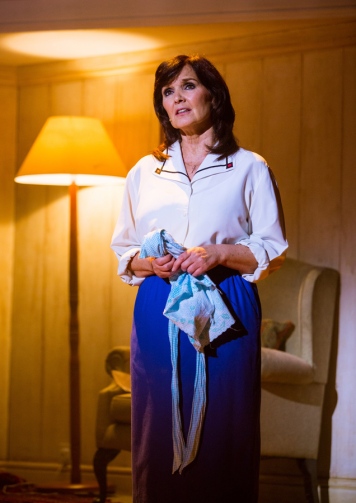 But I have to mention the whole cast – as I said before, there was so much talent on stage. Laura Sillett (Rusty), Emma Fraser (Wendy Jo) and Gracie Lai (Urleen) are terrific as Ariel’s girlfriends, Connor Going as her unsuitable bad boy boyfriend Chuck, Reuven Gershon as Reverend Shaw, Lindsay Goodhand as Ren’s mum Ethel McCormack and Alex Marshall as her brother Wes are great, as are Tomas Wolstenhome and Dominic Gee Burch as school bullies Bickle and Jeter.

The play, which first opened on Broadway in 1998, has been adapted for stage by Dean Pitchford and Walter Babbie, based on the original screenplay by Dean Pitchford, with music by Tom Snow and lyrics by Dean Pitchford. It is directed by Racky Plews, the choreography is by Matthew Cole and the design by Sara Perks.

Tickets from £15 to £55, under-16 half price on selected performances