‘The work of a genuine master’

I’m always quite excited to see classics and masterpieces of their time being brought back to life on a new medium and re-released to reach a new audience, but I am particularly happy about Berlin Alexanderplatz coming soon on Blu-ray.

Rainer Werner Fassbinder was a visionary and genius filmmaker and at the same time the enfant terrible of German cinema, breaking boundaries, stretching people’s imagination and touching subjects that were difficult and sometimes even taboo. He died far too young but left behind a body pf work that has stood the test of time, like The Marriage of Maria Braun, Ali: Fear Eats the Soul, Lili Marleen, Veronika Voss, Querelle and many more. He made over forty films, two television series, three short films, four video productions, and twenty-four plays, often acting as well as directing in his short 15-year career.

His magnum opus, the 15-hour Berlin Alexanderplatz makes its Blu-ray debut as a limited-edition box set on July 23rd thanks to Second Sight.

Berlin Alexanderplatz has been described as the longest film ever made. It started life as a German miniseries was adapted and directed by Fassbinder from the Alfred Döblin novel of the same name, originally airing on TV in 1980. 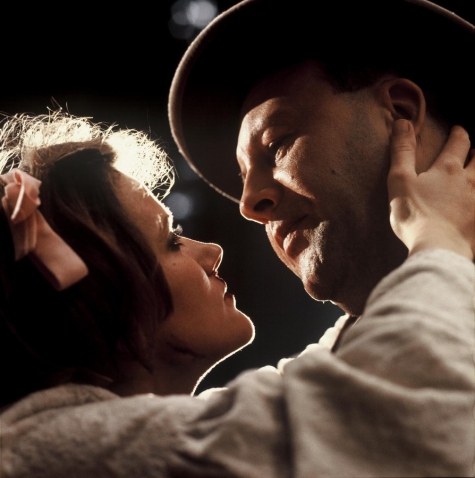 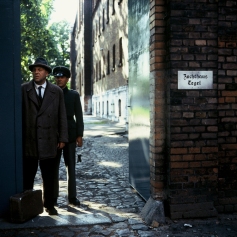 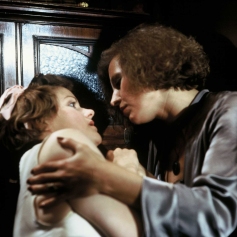 Franz Biberkopf is an unforgettable man: good-natured, soft, tender, but also hard, violent and brutal. Released from prison following a four-year sentence for the manslaughter of his girlfriend, he plans to make a new start and a decent life for himself. But a chaotic, decadent Berlin of the 1920s is not the easiest place for an ex-con to go straight and work is hard to come by. When Franz becomes fascinated by Reinhold, a psychotic small-time crook, he is soon drawn back into a world he cannot escape.

The Berlin Alexanderplatz Limited Edition Deluxe Box Set (2000 copies only) comes complete with a luxury 60-page perfect bound book of essays and a host of standout special features including an appreciation by writer and critic Tony Rayns, the acclaimed 2015 documentary Fassbinder: Love Without Demands by Christian Braad Thomsen, a visual essay by Daniel Bird and a documentary by Juliane Lorenz called A Mega Movie and its Story.

There is also ‘The Making of Berlin Alexanderplatz’, ‘The Restauration’ documentary, the original recaps and the 2007 Berlinale trailer.